Office Romance? Is A BIG NO! 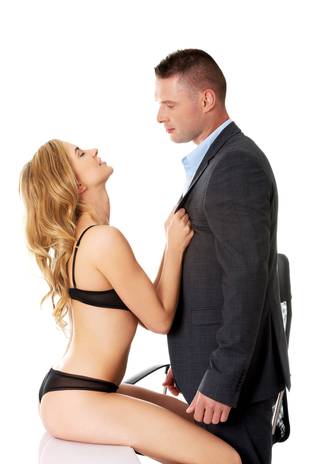 Some people ask and wonder, Is it okay to be in a serious relationship with your officemate? Actually, there is nothing wrong about it. In fact, we might be already aware that some companies allow it and don't give frown about the idea. However, some companies make it in a written rule that their employees are not allowed to date each other, and in some cases, one party has to resign if both get married.

But the question is, is it necessary? How can it affects your career and life negatively and positively?

Office romances can be fun. It seems that both of you are still in your college. In which sneaking around and checking out each other is so much easy since you are working on the same roof. As a matter of fact, you have all the time to spent together. Before office hours, break time, during office hours and even after office hours.

So let us talk now about how office romance can affect not just our relationship status but also to our career.

You are on the News Feed

Reality check. Let's face it. If someone is in a relationship or is dating someone with an officemate, no matter how hard they try to hide it and being discreet about it. There is always a possible way that your officemates will find that your dating someone in the office. Since offices gets pretty boring for some and add to that that there are just people that loves to stick their noses on to someone else life. Then you have now got the secret ingredients that will surely make the news fly fast around the office.

It might just surprise you one day that even your boss knows about it already and tease you and your boo while at work. And it's pretty funny and absolutely awkward don't you think?

Office romance must not be tolerated. We know how deeply you are in love or infatuated with each other but the reality is, the company hired you to perform well on your designated jobs and not to show affection during office hours. Office romance will be a huge distraction to your career especially if you are seeking for a promotion. Promotions aren't just given to those smart or hard working people. You need to show that you are capable of the position you are aiming for. You're good if you are performing well but chances are you are likely going to perform poorly. Of course if however you are still performing at your best and you aren't still getting that promotion you have been waiting. Then maybe office politics is already kicking in and they don't want you to take all the fun stuff to yourself or you're just in the wrong place for seeking a promotion that might not be existent your current company.

Every one of us have times where we get bad comments but you're a special one by this time and whether you like it or not you are more likely to get bad comments compared to someone else in your office. You're lucky if they tell it right in your face but you're more likely to just overhear them talking in your back. Since most of these are just purely degrading comments without any substance. Even if you are performing well at work and you and your boo are don't do any PDA (Public Display of Affection) at work. We can't deny that there are still co-workers that envy you and will keep on talking bad things about you regarding your work. The truth is, they can't accept that you are happy and found that special someone at the work place. And the sad truth is, whether you admit it or not, your officemates bad comments about you may affect your career.

No Chance To Miss Each Other

Since you have all the time to be together. The day where you will just feel that you don't want to run in into your partner will come. Especially since you would always see each other during the weekends or something. Sometimes all you just want to do is miss them!

You are an adult and you take issues like one but when a situation arises at work, you might have a hard time not acting out/up. It is totally unprofessional. Because your fight will not just affect your performance at work but your relationship with your teammates also. As we all know, when you are working on a company, you are suppose to be a team player and become active at work. Having a hard time dealing with your boyfriend/girlfriend because you had a fight can have large effect in your career.

We're not saying that office romance is entirely a bad idea. However we think that inherently it is a bad idea but if properly managed then it might even help you in a lot of ways. Also seeing your loved one everyday might even motivate you to work harder and efficiently. Really, the only thing that can ruin your career job is the people around you. Well when your coworker are already bad mouthing your relationship even with a superb performance at work then maybe you are in the wrong place. Coworkers that make themselves busy by talking about your personal life and making unfounded degrading comments instead of doing what they are paid to do is a really big sign that you're in the wrong place.

Ways To Fight Boredom When Commuting To Work

We all know that commuting at work is always a ...