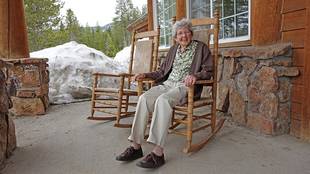 Social adjustments in middle age are less affected by traditional beliefs and stereotypes than personal adjustments. However, social adjustments are affected to some extent by traditional beliefs such as “You can’t teach an old dog new tricks” – the new “tricks” being new social skills – or “Once a leader, always a leader.” For example, middle-aged men and women who were not leaders in school or college may feel that they now have no hope of achieving leadership roles in either the vocational or social worlds.

There are other important conditions that influence social adjustments in middle age. These are given and explained below:

Middle-aged people who subscribe to the philosophy that aging people should be inactive and remain on the sidelines contribute little to the enjoyment of others in social situations.

Middle-aged men and women who allow their appearance to deteriorate and make little or no effort to improve it are more likely to be neglected or rejected in social situations than those whose clothing and grooming make them look more youthful and attractive.

Middle-aged people who never learned the social skills of their peers when they were younger, or who allowed their earlier-learned social skills to become rusty during early adulthood, feel ill at ease in social situations and either withdraw from them or play onlooker roles.

Middle-aged people who are plagued by financial problems stemming from unemployment, support of elderly parents, or education of children are unable to participate in many of the social activities of their friends or to belong to community organizations. As a result, they become socially isolated.

While most middle-aged people have fewer family responsibilities than they had when their children were young, some are still under pressure to help both financially and through personal aid grown children, grandchildren, or dependent elderly parents. This reduces not only money for social activities but also time to engage in them.

Some middle-aged men and women, especially those who married early and were deprived of the social experiences their unmarried contemporaries enjoyed, now want an active social life as evidence of their popularity. This can be hazardous if, in the effort to achieve this goal, men and women break up the established patterns of their lives, seek adventure and excitement outside the home, and neglect their work.

Socially mobile people often find it difficult if not impossible to break into the close-knit social networks of other middle-aged people in their new neighborhoods or communities. As a result, they must play the role of involuntary isolate or affiliate themselves with any group that will accept them, regardless of congeniality of interests or values.

Note that many of these conditions are carry-overs from earlier stages in the life span, especially adolescence and early adulthood. That is why those who have not made good social adjustments during the earlier years of their lives are not likely to do as they grow older.

Making poor social adjustments in middle age is hazardous because, with advancing age, most men and women must rely more and more on the companionship of outsiders, as their spouses become ill or die and as their grown children become increasingly preoccupied with their own lives. Middle-aged persons who do not master the important developmental task of achieving adult civic and social responsibility are likely to be lonely and unhappy in their old age and may find that it is too late then to make good social adjustments.

Recreation One of the major developmental tasks of middle age ...

Assessment of Social Adjustments in Middle Age Social adjustments at ...