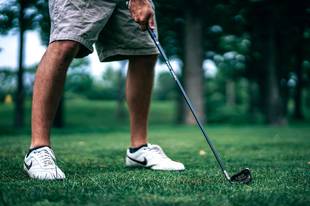 One of the major developmental tasks of middle age is learning how to use leisure time in a satisfying way. This is an especially difficult task because men and women now have more leisure time than they did in early adulthood and because there is an ever-increasing number of recreational activities open to middle-aged people.

The recreational interests of the middle-aged differ in many respects from those of young adults, as described in detail on previous articles. However, there are four especially important changes that occur in recreational interests in middle age. First, interest in strenuous recreation wanes rapidly and the individual prefers quieter activities. Second, there is a shift from interest in recreational activities involving large groups to those involving only several people. When middle-aged people do participate in activities involving groups, it is usually in connection with a community organization such as a club, a lodge, or a civic or church group. Third, recreational activities of middle age tend to be adult-oriented rather than family-oriented, like those of early adulthood. And fourth, there is a narrowing down of recreational interests in middle age. Middle-aged men and women tend to concentrate on the activities that give them the greatest pleasure and to abandon those which they find less interesting now but which they engaged in earlier for the sake of their children.

Certain forms of recreation are universally popular among middle-aged American men and women today. These are show in below. Note how many of them fall into the category of “amusements,” which require minimum effort.

Popular Recreational Activities of the Middle-Aged

Middle-aged men and women spend increasingly more time watching sports than participating in them. The sports they do engage in are the less strenuous ones – swimming, boating, fishing, golfing, and bowling.

As a general rule, middle-aged people spend more time reading newspapers and magazines than books and they are more selective about what they read than they were earlier. Many prefer reading about world events to crime and sex.

Many middle-aged women listen to the radio while doing housework, and many men listen while driving to and from work. Many prefer news or discussion programs, rather than programs of popular music, as they did earlier. Middle-aged people also enjoy television, but most have become more selective about their viewing.

Middle-aged people have more time and money for entertaining than they did earlier. Middle-aged friends of the same sex also like to get together informally to talk or play cards, for example.

Now that they have fewer parental responsibilities and increased income, middle-aged people are able to take more trips to visit friends or relatives or to sightsee.

The hobbies of middle-aged people are mainly of a constructive nature – gardening, sewing, painting, cooking, and woodworking, for example.

Middle-aged people take courses for enjoyment rather than for vocational advancement. They like the intellectual stimulation, the social contacts, and the opportunity to get away from the home that adult education provides.

There are more marked sex differences in recreational interests in middle age than there were in the earlier years of adulthood. Two of these sex differences are especially pronounced and universal.

First, men of all social classes concentrate more of their recreational time on sports than women do, especially as spectators at athletic contests; they enjoy fishing and boating, and they may spend some of their time gardening, doing carpentry, and making home repairs.

Women, on the other hand, have a greater interest in formal and informal associations with other people than men have, they devote more time to reading than men do, and the manual tasks they undertake are more artistic than utilitarian in nature.

Second, recreational interests are greatly influenced by the roles middle-aged men and women play. In the case of men, the pattern of the recreational interests is influenced by their vocations. If they are in a line of work, such as medicine, which is demanding on their time, they will not only have less time for recreation than men in less demanding occupations but they will also have less energy for recreation and, as a result, tend to concentrate on amusements.

Middle-aged women’s recreational interests are influenced by their roles in the home. If; for example, they still have children at home, their recreational activities will tend to be home-centered rather than community-centered.