Important Legal Matters About Marriage You Need To Know 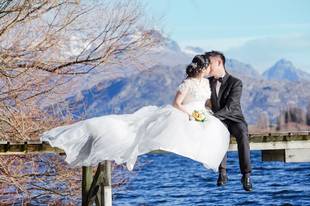 A. Essential Requisites for Marriage

The Family Code of the Philippines provides in Art. 2: No marriage shall be valid, unless these essential requisites are present:

1. Legal capacity of the contracting parties (18 yrs. or upwards), who must be a male and a female; and

2. Consent freely given in the presence of the solemnizing officer.

B. Formal Requisites of Marriage

Art. 3. The formal requisites of marriage are:

Art. 4. The absence of any of the essential or formal requisites shall render the marriage “void ab initio” (void from the beginning) except as stated in Article 35 (a).

A defect in any of the essential or formal requisites shall render the marriage voidable as provided in Art. 45.

C. Annulment of a Marriage

Annulment refers to the legal process of filling a petition in the appropriate court seeking a judicial declaration of making a marriage null and void ab initio or from the beginning as if no marriage took place. The legal effect, if petition, is granted is that the couple can re-marry.

Art. 45. Enumerates the grounds for annulment of marriage, as follows:

Legal separation refers to the legal process of filling a petition in the appropriate court seeking a judicial declaration of legal separation for married couples. The legal effect, if petition is granted, is that the couple are separated from bed and board but they cannot re-marry.

Art. 55. A petition for legal separation may be filled an any of the following grounds:

Norms of Marriage on the Selection of Potential Marriage Partners

Literature on the subject gives the following norms of marriage:

1. Endogamy – is a rule that requires a person to marry someone from within his or her own group – tribe, nationality, religion, race, community, or any other social grouping.
Ex. Marriage between Roman Catholics

2. Exogamy – is a rule that requires a person to marry someone from outside his or her own group.
Ex. Marriage between a Filipino and an American

3. Sororate – prescribes that a widower marry the sister or nearest kin of the deceased wife.

4. Levirate – prescribes that a widow marry the brother or nearest kin of the deceased husband.

According to number of spouses or mates:

Agencies Involved In The Prevention Of Drug Abuse

Agencies Responsible for the Treatment and Rehabilitation of Drug Abusers ...

How To Sizzle In Sexiness This Holiday

Tis the season to be jolly. Falalala lala lala. This ...