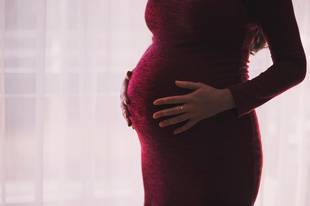 The eight techniques of NFP are:

i. The Rhythm (or Calendar) Method

The rhythm method is also known as the safe period. It is a fertility tracking method using a calendar. The woman must observe and record her reproductive cycle (i.e., ovulation and menstruation). Ovulation occurs about 12 to 16 days before menstruation (which is end of your ovulation period or 14 days before the next period is due.) An egg has a natural life of two days in the womb waiting to be fertilized. A sperm can last for four or five days. Therefore, if there is no sex for six days prior to the release of an egg and three days afterwards, viable sperm and egg are unlikely to meet. If a woman’s periods are very regularly, it is fairly easy to work out on which days the safe period falls. Its effectiveness is 87% for couples with normal fertility, who follow and use the method perfectly.

It is an NFP method relying on a woman’s familiarity with her body and its processes. The vaginal discharge after a woman’s period is used as indicators of fertility. It is also known as the Biling’s method, named after an Australian doctor who discovered it.

Observe that the vaginal discharge which appears after menstruation will first be cloudy and sticky. Then it will become thinner, clearer, slippery, watery and runny (about the consistency of raw egg white). This is the period when you are ovulating and therefore highly likely to become pregnant. After a few days, the discharge will become thicker and drier again. It’s important to examine – look and touch – this discharge at the same time everyday. Its effectiveness is 97% but only for couples with normal fertility who follow and use the method perfectly.

This NFP method involves the daily recording of the temperature changes in the woman’s body with a special thermometer. She records her temperature at the same time everyday before getting up for doing anything in the morning. A rise in the BBT of about half a degree Celsius may mean ovulation, and the couple should abstain from intercourse if pregnancy is not desired. Effectiveness is more or less 95% but only for couples with normal fertility who follow and use the method perfectly.

This is a combination of the BBT and the cervical mucus methods and other physiological indicators of ovulation, such as tenderness of the breast and mid-cycle pain. This involves recording. If pregnancy is not desired, couples should abstain from intercourse until the 3rd day of elevated temperature or the fourth day after the peak day of mucus, whichever comes first. Its effectiveness is 98%, but only for couples with normal fertility, who follow and use the method perfectly.

During sex, the man withdraws his penis from the woman’s vagina just before the sperm-containing fluid ejaculates. However, this method is not very reliable. It is difficult to predict the exact timing of ejaculation and some sperm may be released before the full ejaculation. Even before the ejaculation, the man releases “pre-ejaculatory fluid” which already contains enough sperm to get a woman pregnant. It may also lead to frustration for one or both partners. Its effectiveness is more or less 30% to 40%.

This is considered a natural contraceptive and is known to protect a woman from pregnancy for the first six months after giving birth, depending on certain factors.

Breastfeeding is the main factor for delaying menstruation (lactational amenorrhea). As the baby sucks, the nipples are stimulated, causing the woman’s body to produce prolactin, the hormone that induces milk flow.

Prolactin is also believed to suppress ovulation on the nursing mother, in addition to its main function of increasing the supply of breast milk; thus, the more frequent and the longer the breast feeding, the longer the delay of menstrual period.

Breastfeeding provides 98% protection against another pregnancy only as long as:

This NFP method involves the washing out of the sperm and semen deposited inside the woman’s vagina, with the medicated solution immediately after sexual intercourse. This is not a very reliable method as the sperms may have entered the cervix or the mouth of the uterus even before the douche is applied.

This NFP method is that ancient but worthy method and the means of choice by the most conservative. However, one would be crazy to believe that the injunction to “just don’t do it” is enough.

Abstinence is the avoidance of any sexual activity that could cause pregnancy. This includes intercourse and other sexual activities in which semen may come in contact with the vulva (external female genitals) or vagina. This is the only 100% foolproof method of preventing pregnancy according to Body Talk: The XYZ Guide to Young Women’s Health and Body Vol. 2. Women’s Media Circle Foundation. It is completely effective in preventing pregnancy as well as STDs, and it poses no health risk.

What is consciousness? To be conscious is to be alert ...

Reproduction is the basic biological reason for sexual intercourse. However, ...