The Nature And Limitations To The Exercise Of Power 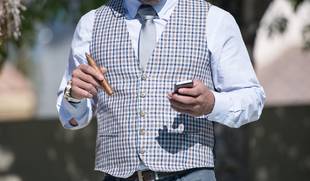 The word power has a generally negative connotation (Marger, 1981). We talk about people being “power mad” “power hungry, or “only out of power”. We often associate power with tyrants, dictators, and leaders of fascist and totalitarian regimes. But power can also be used to combat sexism, racism and tyrannical rules, as shown in “people power” social movements.

Power is exercised at both the interpersonal level and the societal level (Marger, 1981). At the interpersonal level, power operates in direct face-to-face relationships, such as between husbands and wives, supervisors and subordinates, employers and employees, teachers and pupils, hold uppers and hold up victims. But when individuals or groups bring power to bear in situations that affect many, if not all, elements of society, then power is societal. The presidency of the Republic of the Philippines is an example of societal power. The decisions the president makes are not like those of other people: decisions involving billions of pesos for development projects, for millions of unemployed people, or an all-out war against terrorism.

Political power is a basic force in the political processes and in structuring society. It involves efforts to control the acts of others. The police power of the government, for instance, is so powerful and encompassing that there is truism in such glib comments as “Power is the very heart of politics.”

What then is power? Weber (1957) defined power as the “probability that one actor within a social relationship will be in a position to carry out his own will despite resistance. The capacity to get others to act in accordance with one’s wishes even when they prefer not to do so is power. The ability to sway decision-making is a significant gauge of power.

Robert Dahl suggested that power means getting others to comply “by creating the prospect of severe sanctions for noncompliance.” It is the threat of sanctions which differentiates power from influence in general. “Power is a special case of the exercise of influence: it is the process of affecting policies of others with the help of (actual or threatened) severe deprivations for nonconformity with the policies intended. Actual or threatened military take over and foreign invasion are examples of power. Coercion is power that rests on the threat or use of economic domination of other countries is another form of power – economic power.

Thus defined, power involves two parties and two steps. In the first step, party A threatens unpleasant consequences if party B acts or does not act in accordance with the desire or policy of party A. In the second step, party B acts as party A wishes because party A has made the specified threat. It is a relationship of control.

Limitations to the Exercise of Power

A political pundit goes, “Absolute power corrupts.” Power can be used as an end in itself, or as a means to achieve desired ends. Being subject to abuse and misuse, power should be limited through the following ways:

We have created a guide on how to change your ...