Historical Precedents And Benefits From Globalization 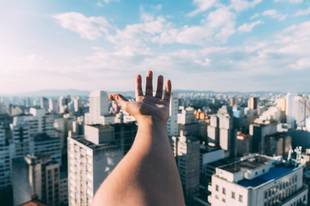 The first steps towards globalization were taken in Europe in the 16th and 17th centuries, when the Portuguese and Spanish Empires reached to all corners of the world. Globalization became a business phenomenon in the 17th century when the first multinational was founded in the Netherlands. During the Dutch Golden Age, the Dutch East India Company was established as a private-owned company. It was the first company in the world to issue shares, an important driver for globalization.

Liberalization in the 19th century is often called “The First Era of Globalization,” a period characterized by rapid growth in international trade and investment, between the European imperial powers, their colonies, and later, the United States. Inequality between those states fell, as goods, capital and labor flowed freely between nations.

Globalization in the era since World War II has been driven by advances in technology which have reduced the costs of trade, and trade negotiation rounds, originally under the auspices of GATT, which led to series of agreements to remove restrictions on free trade. The Uruguay Round (1984 to 1995) led to a treaty to create the World Trade Organization (WTO), which would mediate trade disputes and trilateral trade agreements, including sections of Europe’s Masstrict Treaty and the North American Free Trade Agreement (NAFTA), which have been signed in pursuit of the goal of reducing tariffs and barriers to trade.

The arguments for globalization include the following:

However, some of these improvements may not be due to globalization, or may be possible without the current form of globalization or its perceived negative consequences, to which the self-styled ‘global justice movement’ objects.

How Do Our Eyes Create Tears

It would be more accurate to say that our bodies ...