Sleeping Disorders And Other Behavioral Disorders 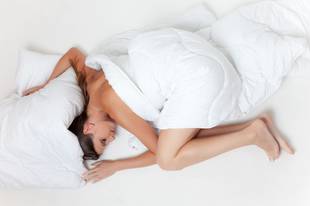 What are sleep disorders?

This is an umbrella term for any significant departure from the normal sleep-walking cycle.

What are the types of sleep Disorders based on presumed etiology?

These are organized into 4 major sections.

1. Primary Sleep Disorders which are presumed to arise from endogenous abnormalities in sleep-wake generating or timing mechanisms, often complicated by conditioning factors. These are subdivided into:

a) Dyssomnias which are characterized by abnormalities in the amount, quality, or timing of sleep, and

b) Parasomnias which are characterized by abnormal behavior or physiological events occuring in association with sleep, specific, sleep stages, or sleep-wake transitions.

2. Sleep Disorder Related to Another Mental Disorder involves a prominent complaint of sleep disturbance that from a diagnosable mental disorder (often a Mood Disorder or Anxiety Disorder) but that is sufficiently severe to warrant independent clinical attention, Presumably, the pathophysiological mechanisms responsible for the mental disorder also affect sleepwake regulation.

3. Sleep Disorder Due to a General Medical Condition involves a prominent complaint of sleep disturbance the results from the direct physiological effects of a general medical condition of sleep-wake system; type, are: Insomnia type, Hypersomnia type, Parasomnia type, and Mixed type.

4. Substance-Induced Sleep Disorder involves prominent complaints of sleep disturbance that result from the concurrent use, or recent discontinuation of use, of a substance (including medications).

How is narcolepsy described?

This rarely, involves, a major complaint of insomnia, has symptoms of prominent daytime sleepiness which are irresistible such as unintended sleep while driving a car, attending meetings or carrying, a conversation.

What is the essential feature of Impulse-Control Disorder?

The essential feature of this disorder is the failure to resist an impulse, drive, or temptation to perform an act that is harmful to the person or to others. The individual feels an increasing sense of tension, or arousal before committing the act and then experiences pleasure, gratification, or relief at the same time of committing the act. Following the act there may or may not be regret, self-reproach, or guilt.

What disorders are included in this classification?

2. Kleptomania characterized by recurrent failure to resist impulses to steal objects not needed for personal use or monetary value;

3. Pyromnia characterized by a pattern of fire setting for pleasure, gratification, or relief of tension;

5. Trichotillomania characterized by recurrent pulling out of one's hair for pleasure, gratification, or relief of tension that results in noticeable hair loss; and

What is the essential features of Adjustment Disorders?

It is the development of clinically significant emotional or behavioral symptoms in response to identifiable psychosocial stressor or stressors. The diagnosis does not apply when the symptoms represent Bereavement.

What are the different subtype of Adjustment Disorders?

1. With Depressed Mood as in depressed mood, tearfulness, or feelings of hopelessness.

2. With anxiety when the predominant symptoms are nervousness, worry, or jitteriness or in children, fears of separation from major attachment figures.

3. With Mixed Anxiety and Depressed Mood. When the predominant manifestation is a combination of depression and anxiety.

4. With Disturbance of Conduct in which there is a violation of the rights of others or of major age-appropriate societal norms and rules such as truancy, vandalism, reckless driving, fighting or defaulting on legal responsibilities.

5. With Mixed Disturbance of Emotions and Conduct in which the predominant manifestations of disturbance are both emotional symptoms as in depression, anxiety, and disturbance of conduct.

6. Unspecified is used of maladaptive reactions as in physical complaints, social withdrawal, or work or academic inhibition to psychosocial stressors not classified as one of the preceding sub types of Adjustment Disorder.

These are characterized by severe impairment in several areas of development: reciprocal social interaction skills, communication skills or the presence of stereotyped behavior, interests and activities.

1. Autistic Disorder. This is referred to as early infantile autism, childhood autism, or Kaneka's autism. The essential features of Austistic Disorder are the presence of markedly abnormal or impaired development in social interaction and communication and a markedly restricted repertoire of activity and interests.

2. Rett's Disorder. The essential diagnostic feature of Rett's Disorder is the development of multiple specific defects following a period of normal functioning after birth. Individuals have an apparently normal prenatal and perinatal period with normal psychomotor development through the first 5 months of life. Head circumference at birth is also within normal limits. Between ages 5 and 48 months, head growth decelerates. There is a loss of previously acquired purposeful hand skills between 5 and 30 months, with the subsequent development of stereotyped hand movements resembling hand-wringing or hand-washing. Interest in the social environment diminishes.

3. Childhood Disintegrative Disorder. The essential diagnostic is a marked regression in multiple areas of functioning following a period of at least 2 years of apparently normal development. Before the age of 10 years the child has a clinically significant loss of previously acquired skills in at least 2 of the following areas: expressive or receptive language, social skills or adaptive behavior, bowel or bladder control play or motor skills.

4. Asperger's Disorder. The essential diagnostic feature are severe and sustained impairment is social interaction and the development of restricted, repetitive patterns of behavior, interest, and actions.

5. Pervasive Development Disorder Not Otherwise Specified (Including A typical Autism). This category should not be used when there is a severe and pervasive impairment in the development of reciprocal social interaction or verbal and nonverbal communication skills.